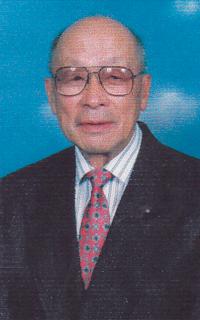 June 27, 1921 Raymond, AB – December 8, 2014 Lethbridge, AB.
TUCKER HIRONAKA, beloved husband of Sachiko Kishimoto, passed away in his sleep on Monday, December 8, 2014. He is survived by his wife Sachiko, daughter Gaye, step children: Louise (Cory) Maurik and Bob Kishimoto; brothers: Jim, Marshall (Sally) and Art (Pat) Hironaka; sisters Flo Senda and Misae (Aki) Masuda; sister-in-law Ayako Otsuka; step grandchildren, and nieces and nephews. He was predeceased by his first wife Kinko; son Bruce; brothers Ikey (Yasko), Robert (Susie); sisters-in-law: Aya Hironaka, Tomiko (Fred) Imakire, Aki (Gus) Moriyama, Chieko (Jack) Nishiyama; brothers-in-law Mitsuo Amemori, Yosh Senda and several nieces and nephews. Tucker was a native son of Raymond, attended Calgary Tech and farmed in the area until 1956, where he overhauled his own trucks and tractors. He established Tucker’s Auto Service in 1956 which he operated until he retired in 1987. Tucker was an active member of the Raymond Rotary Club, and in 1999 was inducted into the Raymond Sports Hall of Fame as a builder for his 30 years of dedicated service to the Raymond Golf Club. The Funeral Service will be held on Saturday, December 13, 2014 at 10:00 a.m. at THE BUDDHIST TEMPLE OF SOUTHERN ALBERTA, 470 – 40 St South, Lethbridge, with Rev. Y. Izumi officiating. Interment to follow in the Temple Hill Cemetery, Raymond. In lieu of koden, you may wish to make a donation to a charity of your choice.