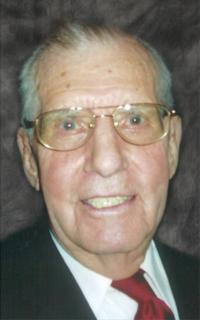 1920 – 2014
MR. DAVID SIEWERT of Lethbridge, passed away peacefully at the St. Michael\’s Hospital Palliative Care Unit in Lethbridge on December 11th, 2014 at the age of 94 after a brief stay. Dad was born at the Lethbridge Galt Hospital on September 15, 1920 to Reinhold and Cornelia. Dad is survived by daughter Twyla (Ron) Hleucka and son Darwin Siewert (Marilyn Smith), two grandchildren Rhonda Rae (Jason) Miller and Richard Siewert as well as two great-grandchildren Taner and Tayler Miller. Dad was predeceased by three sisters and two brothers. Dad had a passion for music and loved dancing. Relatives and friends are invited to pay their respects at CORNERSTONE FUNERAL HOME, 2800 Mayor Magrath Drive South, Lethbridge, AB on Tuesday, December 16, 2014 from 12:00 P.M. to 1:00 P.M.
The Funeral Service will be held at CORNERSTONE FUNERAL HOME on Tuesday, December 16, 2014 at 1:00 P.M. Interment will follow at Mountain View Cemetery. In lieu of flowers, donations may be made to LSCO Meals on Wheels, 500 – 11 Street South, Lethbridge, AB, T1J 4G7.