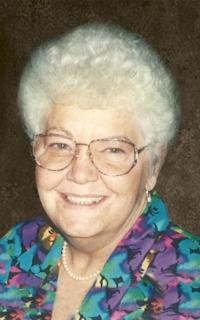 February 17th, 1935 – December 18th, 2014
FERNE IONA LARSEN, of Fort Macleod, AB., passed away at the Fort Macleod Health Centre, on Thursday, December 18th, 2014 at the age of 79 years. A Celebration of Life: Ferne\’s best friend and beloved companion Gilbert Eagleson along with her three sons Garnet, John (Julie) and David (Laura) Duckworth and Gilbert\’s children Debbie (Mike), Bonnie (Wayne) and Tim will be celebrating her life and would welcome all to bring memories and smiles on Monday, December 22nd, 2014 from 2:00-4:00 P.M. at the ROYAL CANADIAN LEGION, 23rd Street, Fort Macleod, Alberta.

One Condolence for “LARSEN Ferne”