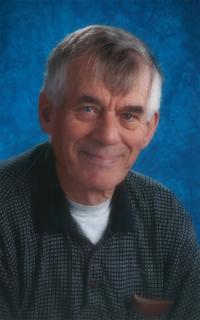 JOHN ALLEMEKINDERS, beloved fiance to Hilly Sullivan of Lethbridge, passed away at the St. Michael\’s Health Centre, on Wednesday, January 14, 2015 at the age of 75 years. John is survived by his daughter Catherine (Morry) Hunt and the apples of his eyes, his three grandchildren; Sarah (Dan) Neufeld, Amanda Mackenzie (Justin Brick) and Tanner Mackenzie (Brittany McGrath), four great grandchildren, Tazman and Aurelia Neufeld and Tavis and Aaliyah Brick. He is also survived by two brothers Harry McKinders and Leo (Audrey) Allemekinders, sister Sonya Allemekinders as well as numerous nieces and nephews. John was predeceased by his parents Leendert and Ida, his first wife Diane, second wife Jessie and sister-in-law Lil. John had two amazing careers, first with MacDonald\’s Consolidated which closed in 1987 and then he began with Lethbridge School District #51, advancing quickly to head custodian at L.C.I. John was loved by everyone who met him. His work ethic was unmatched. His kind and gentle nature touched everyone he met. John will be fondly remembered for his pranks and witty humor. John loved going to the cabin at Duck Lake where he was an avid fisherman. Words cannot express how much he will be missed. A Funeral Service will be held at CORNERSTONE FUNERAL HOME, 2800 Mayor Magrath Drive South, Lethbridge, AB on Wednesday, January 21, 2015 at 1:00 P.M. with Pastor Tim Clark officiating. Interment to follow at Mountain View Cemetery. In memory of John, memorial donations may be made to the Canadian Cancer Society, 317-10th Street South, Lethbridge, AB T1J 2M7.

One Condolence for “ALLEMEKINDERS John”