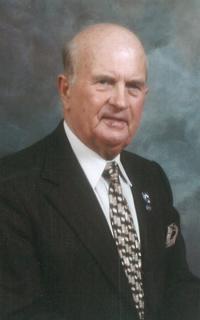 ADOLF KOLODZIEJ, beloved husband of the late Kazimiera \”Kay\” Kolodziej, of Lethbridge, passed away at St. Therese Villa, on Tuesday, January 13th, 2015 at the age of 87 years. He is survived by his children, Elizabeth Kolodziej of Edmonton, Christopher (Grazyna) Kolodziej of Lethbridge and Lilian (Cam) Barton of Calgary. Adolf is also survived by his grand children, Andrea (Michael) Salmon of Lethbridge, Ryan Kolodziej of Montreal, Quebec and Kaitlynn Barton (Tim Weaver) of Calgary, as well as his great-grandson Joshua Salmon of Lethbridge. Left to cherish his memory are his brother Roman (Josia) Kolodziej of Vernon, B.C. and his numerous nieces & nephews. Besides his loving wife Kazimiera, Adolf was predeceased by his parents Stanislaw and Magdalena Kolodziej, brothers Kaz and Karl Kolodziej and his sister Cela Korol. Adolf Kolodziej was born in the village of Holendra, Podhajce district in pre- world war II Poland on June 17, 1927. His child hood was interrupted with the invasion of Poland by Nazi Germany and the Soviet Union in 1939 and subsequent partition of the country by those two nations. He was deported, along with thousands of Poles to the Gulags and slave labor camps of Siberia in 1940. After Nazi Germany invaded the Soviet Union in 1941 the allies persuaded the Soviets to release surviving Poles being held in the Siberian Camps. Adolf made his way with his family to Tehran and from there to British colonial Africa where he completed his primary education. In 1945 he joined the Polish free army under British command and was stationed in Palestine and Egypt until 1947. He was then sent to Great Britain and served with the Polish Resettlement Corps until honorably discharged on emigration to Canada in 1949. On the trip to Canada on the H.M.S. Aquitania he met the love of his life Kazimiera. Once they arrived in Halifax, Adolf went to Lethbridge to work for the P.F.R.A. and Kazia went to Montreal to live with her family. They corresponded by mail for over a year before Adolf proposed that they get married. They were married in 1951 and for over 59 years they had a wonderful life together until Kazia’s passing in 2010. Adolf worked for the federal government (P.F.R.A.) for 39 years as a draftsman and engineering technician. The P.F.R.A. was responsible for overseeing most of the irrigation development in Southern Alberta. Adolf made a significant contribution to the construction of the St. Mary’s dam and irrigation project, Waterton dam, Carsland dam, Bassano Irrigation project as well as numerous smaller projects. Adolf was very proud of his Polish heritage. In the early 1950’s together with a small number of colleagues from his native Poland he became one the founding fathers of the Canadian Polish Association of Lethbridge. He served as president and vice president as well as other executive positions in that organization. He was an active member for over fifty years before his failing health forced him to retire from the association. One of the proudest days of his life was receiving the Siberian Cross from the Government of Poland. It was presented to him by the Polish Consul General in 2006 acknowledging his Siberian experience and the sacrifices he was forced to make during the war. He was very connected to his heritage but even more so to his new adopted country, Canada. He never let us forget that we live in the best country in the world. Adolf loved his family more than anything and he was especially proud of his grandchildren, Andrea, Ryan and Katie. He was an avid curler and bridge player and loved to read. Woodworking was a hobby he enjoyed very much. His famous lawn chairs were desired items by both friends and relatives. He was also a member of the Knights of Columbus for many years. He and Kasia also loved to travel to destinations that included Great Britain, New Zealand, Australia, continental Europe, Poland, Mexico, the continental U.S. but especially Hawaii. We will never forget those memorable family car trips in Canada and the U.S. Adolf worked hard and made a great life for his family. A wonderful husband, father, grandfather and \”Dziadzius\”, respected by his peers and loved by his family, Dad will be missed but never forgotten. In Memory of Adolf and in lieu of flowers, donations may be made to the Alzheimer\’s Society – #402-740 4th Avenue South, Lethbridge, Alberta, T1J 0P1. In keeping with Adolf\’s wishes, a Private Family Service & Interment will take place at a later date.