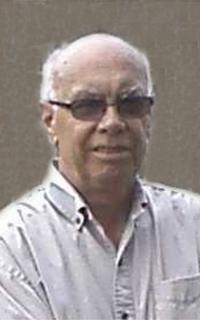 1947 ~ 2015
Mr. Ross Fredrick Olsen of Lethbridge beloved husband of Marilyn Olsen passed away suddenly at home on January 16, 2015 at the age of 67 years. Ross was born in Lashburn, Saskatchewan to Fredrick & Dora Olsen on March 21, 1947. He was raised on a farm at Neilburg, Sask until he moved to Champion, Alberta in 1966 where he started working on the farm for the Alder family. He married Marilyn Alder in October 1969 which led to a loving 46 year marriage. Ross’s life was dedicated to his wife and children and later on his grandchildren. His love and passion for family was felt by all who knew him. Ross’s faith was an anchor to him throughout his life and also inspired others. Ross and Marilyn lived in Champion until 2006 when they moved to Lethbridge, where they resided until his passing. Besides his loving wife Marilyn, Ross is survived by his daughter Nancy (Chad) of Lethbridge; son Neil (Lori) of Spruce Grove, AB; grandchildren Tait, Zachary, Preston, Georgia, Adam, Jennekah, Jillian and Tori; mother Dora Olsen; brothers Roy (Elaine) and Victor (Leanor) as well as numerous nieces, nephews and their families. Ross was predeceased by his father Fredrick Olsen and brother Keith Olsen. A Funeral service will be held at 10:00am on Saturday, January 24, 2015 family and friends are invited to pay their final respects between 9:00am — 9:50am at the LETHBRIDGE COLLEGE BARN, 3000 College Drive South, Lethbridge, Alberta, with Mr. Richard Knight, officiating. Cremation will follow the service. Those who wish may make memorial donations to LETHBRIDGE DIALYSIS UNIT, c/o Chinook Regional Hospital Foundation, 960-19 Street South, Lethbridge, Alberta T1J 1W5. Send condolences at www.mbfunerals.com