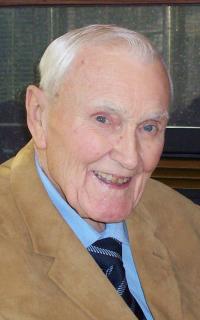 Paterson, David Wallace, Rev. passed away in Saskatoon, Saskatchewan on January 15, 2015. He was born on March 13, 1936 and raised in Lethbridge, Alberta; graduated from the University of Western Ontario, BA, and ordained as a Presbyterian Clergyman on May 13, 1960; and obtained his Master of Divinity, from Knox College, University of Toronto, May 12,1982. He was predeceased by his loving wife, Madeline, on September 24, 2014. He is survived by his children Janice (Richard) Rodda of Saskatoon, Saskatchewan., Neil (Lori) Paterson of Sydney, Nova Scotia, Sharon (Dale) Vare of Cardston, Alberta, son-in-law Sheldon Moncks of Cardston; grandchildren, Jordan, Logan, Jennifer, Mark, Erin and Chris; his two sisters: Joan Paterson and Beatrice Young of Edmonton and her children Tannis and Colleen, and three brothers- in-law, Gerald (Joyce) of Acton, Ontario, Robert (June) of Galt, Cambridge, Ontario and Frederick (Johneen) of Cornwall, Ontario; and numerous nieces and nephews. He was predeceased by his parents, David and Alice Paterson.David served 3 Presbyterian pastoral congregations: Lousana/Trenville , Knox , Lloydminster, and St. John’s , Medicine Hat, until retiring in 2001. The funeral service will be held in St. John’s Presbyterian Church (504 2nd Street SE) on Tuesday, January 20, 2015 at 1:30 p.m. with Rev. Dr. Nancy Cocks officiating. No flowers, please. A private family interment will take place at St. Andrew’s Presbyterian Church, Lethbridge. As an expression of sympathy donations may be made to the PWS& D fund of the Presbyterian Church in Canada, http://presbyterian.ca/pwsd/donate/ or the Alzheimers Society. To e-mail an expression of sympathy, please direct it to: pattfh@telusplanet.net subject heading: David Paterson, or you may visit www.pattisonfuneralhome.com and leave a message of condolence. Arrangements are by the PATTISON FUNERAL HOME AND CREMATORIUM 540 South Railway St. SE, Medicine Hat T1A 2V6. Please call 1-866-526-2214 for further information.