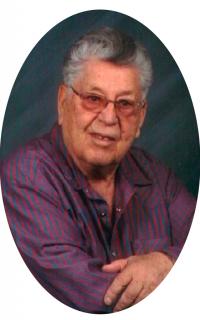 DECEMBER 11, 1929 ~ JANUARY 25, 2015
Zolten Sabo, beloved husband of Mona passed, away on January 25, 2015 at the age of 85 years after suffering from heart complications for the last 12 years. He is survived by his children Cindy (Jim Welsh), June Leman, Jerry Sabo (Jan Campbell); grandchildren Jodi (Derrick) Lillico (Shelby and James) Jason (Kristen) Welsh Dustan, Denver, Kendra (Joe) Leman; sisters Mary (Mike) Schneyder, Helen Heinonen, Carol Rosen, Rose (Doug) Oler; sisters-in-law Ann Sabo, LaRae (Harold) Gastola; brothers-in-law Aubrey (Deb) Fletcher, Murray (Gail) Fletcher as well as numerous nieces, nephews and their families. Zolten was predeceased by his sister Betty Heinonen, brother Ron Sabo, brothers-in-law John and Leo Heinonen, Stan Rosen, parents Julius & Elizabeth Szabo and his father and mother-in-law Warren & Hazel Fletcher. Zolten was born in Raymond on December 11, 1929 and later the family moved to a farm in Barrhill area. He went to school in Barrhill and worked on the family farm. He married Mona Fletcher on April 5, 1956. He lived in Picture Butte, working Road Construction for several years. He then apprenticed at Bells Welding. After than he worked at Canadian Sugar factory in Picture Butte for 16 years then 1 _ years in Taber when the plant closed in Picture Butte. He worked for the Lethbridge Community College for 16 years until he retired. He was a 20 year member of the Picture Butte Volunteer Fire Department. He belonged to the Elks Club, Lions Club and was a Scout Leader. He enjoyed hunting, fishing, playing golf, camping, dancing, working on old cars and many other things! He especially loved his grandchildren and great-grandchildren, he will be deeply missed. A Memorial Service will be held at 1:00pm on Saturday, January 31, 2015 at the THE CHURCH OF JESUS CHRIST OF LATTER DAY SAINTS (Near Enmax) 2410 – 28th Street South, Lethbridge, AB with Bishop Larry Schneyden, officiating. In lieu of flowers, donations may be made to the Heart and Stroke Foundation, Box 2211, Lethbridge, Alberta T1J 4K7, or to a charity of one’s choice. Send condolences at www.mbfunerals.com