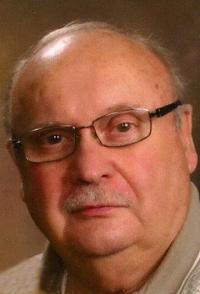 ROGER HOLLADAY passed away peacefully, on Monday, January 26, 2015 at the age of 74. Roger was born April 20, 1940 in Lethbridge, Alberta to Allen and Della Holladay. He is survived by his loving children: Jackie Karst, Trevor Holladay (Celena), Tamara Bennett (Deon), Jason Holladay; 7 grandchildren; a great granddaughter; his sister, Mary Tollestrup (Barry). He was preceded in death by his wife, Cheryl and his parents, Allen and Della Holladay. Roger was a loving husband, father, grandfather and brother. He loved his family and his friends. Whether it was through teasing, stories, phone calls, short visits or road trips, he took every opportunity to express that love. Roger was an active member of The Church of Jesus Christ of Latter-day Saints. The Funeral Service was held in Plymouth, Minnesota on Saturday, January 31, 2015. The interment will be held on Wednesday, February 4, 2015 at 11:00 a.m. at the MAGRATH CEMETERY, Magrath, Alberta.