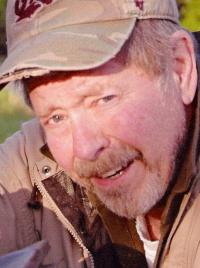 (1949-2015)
It is with heavy hearts that we announce the sudden passing of Michael Rodger Lamb who departed this world on January 24, 2015 while exploring his cherished backwoods of the the Crowsnest Pass. Mike lived life fully during his 65 years. He was born on November 29, 1949 in Berwyn, Cook County, Illinois to Ronald and June Lamb. Blessed with many talents and abilities, Mike’s aptitude for learning and discovering the wonders all around him enabled his interest in the field of journalism. He graduated from the University of Montana and gained employment with KJVO television. He later gained work with the Lethbridge Herald and its Crowsnest Pass Bureau division and then the Calgary Herald and its Banff Bureau. His passion and skills were in demand and he accepted the position with media relations for the Sunshine Village and Castle Mountain ski resorts. Mike enjoyed his work but his heart belonged to his beloved wife, Laura Lynn. She and Mike married on April 13, 1974 and through the ups and downs of life, supported and cared for each other unconditionally. They owned and operated a vacation cottage and spent many precious moments together. Mike had many pastimes where he could cherish the outdoors: he loved fly-fishing, hunting, skiing, gardening and traveling. He was an avid reader and furthered his knowledge in any social setting but he always made time for those quiet moments for reflection and solitude. His genuine concern for the environment drew him to several worthy charitable organizations creating awareness and funding. Mike was an incredible man who experienced numerous successes, suffered many trials and challenges but always remained a gentleman of fine quality and character. He will be dearly missed and remembered fondly. He is survived by his wife, Laura Lynn Lamb (nee: Pulver) of the Crowsnest Pass, AB; his brother, William \”Bill\” (Leslie) Lamb; his aunts, Mary Filip and Judy Filip; his cousins, Mark, Daniel, John, Kim and Dana; his nieces, Kelli (Aaron) and Lindsay; his great nephews, Shawn and Billy; his canine companion, Mojo and feline friends, Gandhi & Mao; his extended family and the many friends he made throughout his lifetime. He was predeceased by his parents, Ronald and June M. Lamb and his uncle Richard \”Dick\” Filip. The visitation service was held on January 31, 2015 at 3:00 pm at Fantin\’s Funeral Chapel in Blairmore, AB. The Memorial Mass celebrating and honouring Mike’s life will be held on Saturday, February 21, 2015 at 11:00 am in the Holy Trinity Roman Catholic Church in Blairmore (13126-21 Ave) with Fr. Ben Marino as Celebrant. Donations in memory of the late Michael Rodger Lamb may be made to the Alberta Conservation Association or to Trout Unlimited Canada. Condolences may be registered at www.fantinsfuneralchapel.ca. Fantin\’s Funeral Chapel entrusted with arrangements. (403) 562-8555.