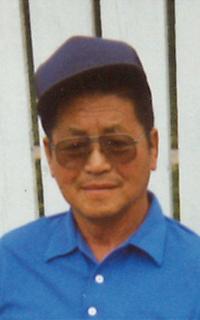 MR. MINORU S. KADONAGA, of Lethbridge, passed away at the Chinook Regional Hospital on Saturday, February 7th, 2015 at the age of 90 years. Minoru is lovingly remembered by his two children, Karen Hooper (John Kiefuik) of Lethbridge and Sharon (Darrell) Beddome of Jaffray, B.C., grandchildren James (Caraley) Hooper, Stacey (Nathan Silsbe) Hooper, Darrell (Amanda) Beddome, Darren (Kristi Broccolo) Beddome, Candice (Richard) Bennett and Chris (Alisa) Beddome, as well as twelve great-grandchildren, step-daughter Ada Red Crow and step-son Clarence Red Crow and sister Peggy (Hiroshi) Kitagawa, as well as many nieces, nephews and their families. He was predeceased by his spouse Ada Kadonaga on June 6, 2004 as well as three brothers and three sisters. Born July 17, 1924 son of Toru and Some Kadonaga. He was born and raised on Mayne Island, BC where his family remained until 1942.. At this time they were moved to the Magrath area to work a Sugar Beet Farm. Min met Ada and raised two daughters. He worked as a Sawyer in various locations in B.C. They settled in the Creston area where they built their home and worked a small orchard. When he wasn’t working his favorite past-time was fishing, a passion he passed on to his grandchildren. On his retirement they moved to Lethbridge to be close to Karen and Sharon and their families. He loved to watch his grandchildren and great grandchildren play sports and spend time with his family. A Memorial Service will be held at CORNERESTONE FUNERAL HOME, 2800 Mayor Magrath Drive South, Lethbridge, AB on Friday, February 13, 2015 at 1:00 P.M. with Deacon Frank Peta officiating. In memory of Minoru Kadonaga, donations may be made to The Alzheimer\’s Society, #402, 740 — 4th Avenue South, Lethbridge, AB, T1J 0N9.

One Condolence for “KADONAGA Minoru”