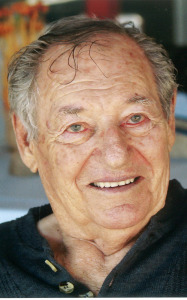 1936 ~ 2015
The wonderful and generous Stan Popson of Lethbridge, beloved father, grandfather, and great-grandfather passed away at home on Saturday, February 7, 2015 at the age of 78 years. Stan was born on the family homestead in West Lethbridge on March 4, 1936 to the late Steve and Sophie Popson. He attended Coalhurst School. He hired on with the Lethbridge Brewery in 1957 in the bottle shop and went on to become a Millwright with until his retirement 1990. Stan will forever be remembered for his unconditional love and kindness, workmanship, witty sense of humor and for always having and open door policy for anyone who needed it. Stan will be lovingly remembered by his children Cheryl Marchuk, Dorothy (Bruce) Popson, Janis (Rob) Overn, Darren Popson and their mother Loretta; grandchildren Jeff Popson, Josh (Char) Marchuk, Brett Marchuk, Holly (Jerrod) Verhaest, Bobbi (Justin) Zuccatto, and Bo Popson; great-grandchildren Felix Popson and Jadie Zuccatto; sisters Annie Stoakley and Helen (Jim) Betts; brother Frank (Pat) Popson; sister-in-law Stella Popson; special nephews, nieces, and their families; as well as numerous special friends and caring neighbours
He was predeceased by his beloved D.O.G, brothers Mike (Marie) Popson, Steve Popson, sister Kaite (Les) Rittenhouse, brother-in-law Jim Stoakley and his grandson Tyson Marchuk. A Memorial Service will be held at 10:00 am, on Friday, February 13, 2015 at MARTIN BROTHERS RIVERVIEW CHAPEL, 610-4th Street South, Lethbridge with Father Dominic Nguyen officiating. In lieu of flowers, the family requests that you donate blood at Canadian Blood Services in the Lethbridge Centre, 200 – 4th Ave South, call 1-888-2donate to book an appointment or for more information or donate to a charity of one’s choice. Stan’s words to live by: \”Keep It Simple\” \”Never Grow Old\” & \”Okie Dokie\” Send condolences at www.mbfunerals.com.