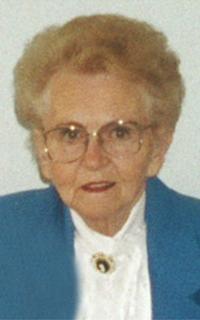 1922 ~ 2015
Mrs. Vera Quinton of Lethbridge passed away suddenly after a lengthy illness at West Highland Good Samaritans on Tuesday, February 10, 2015 at the age of 93 years. Born on February 2, 1922 in Kamsack, SK to Mike and Mabel Kabatoff. Vera lived in Cardston & Glenwood before moving to Lethbridge to retire. She is survived by her two sons Jarvis (Lynne) Quinton, and Dexter Quinton, both of Lethbridge; four grandchildren Tony, Travis, Casey & Jennifer; and five great- grandchildren; as well as numerous nieces, nephews and their families. Vera was predeceased by her loving husband Walter; her parents Mike & Mabel Kabatoff; two brothers Mike & John, her sister Ann; her son Eric. A Graveside Service will be held at 2:00 pm on Tuesday, February 17, 2015 at GLENWOOD CEMETERY, Glenwood, AB. Flowers are gratefully declined, but those who wish may make memorial donations to the Alzheimer Society — Lethbridge Chapter, #402 — 740 4 Ave. S., Lethbridge, AB, T1J 0N9. Send condolences at www.mbfunerals.com