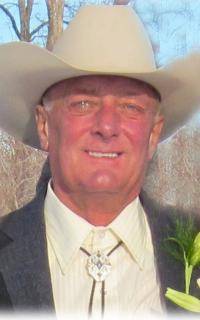 GARY DOELL, beloved husband of Rosa Doell, passed away at the St. Michael’s Health Palliative Care on Friday, February 13, 2015 at the age of 67 years. He is the loving father of: Dawn Doell (Wally) of Calgary, Renay Doell of Calgary; grandfather of Kayla-Rae Doell; stepsons: Bill (Jodi) Brzostowski and baby Kingston of Calgary, Mike Hanson (Leanne) of Calgary, and Pat Hanson (Jenn) of Lethbridge. Gary is also survived by his mother Irene Doell, his sister Karen (Gerald) and his brothers Dwayne (Shirley) and Darrell. He is predeceased by his father Isaac Peter Doell. Gary passed away peacefully following a brief illness. He was dedicated to his career at Brinks Canada for 27 years. His favorite pastimes included sun tanning, listening to music, making homemade wine with Frank and of course, collecting old vehicles. Gary loved to travel with Rosa and spending time with his family and friends. A Celebration of Gary’s life will be held for family and friends on Saturday, February 21, 2015 at 2:00 p.m. at Branch #275 Forest Lawn Legion, 755-40 Street SE, Calgary. The family would like to thank Lethbridge Home Care and St. Michael’s Palliative Care for their assistance during this difficult time. Donations in Gary’s memory may be made to the Tom Baker Cancer Centre, 1331-29 Street NW, Calgary, AB T2N 4J8.

One Condolence for “DOELL Gary”