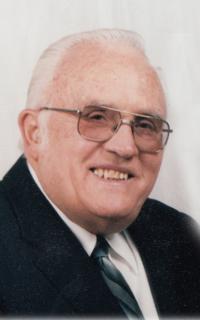 JERALD LEON PALMER passed away peacefully in Raymond on Thursday, February 12, 2015, at the age of 80 years. He is survived by his children: Dorothy Ann (Derek) Hoare and Jerald Whitney (Dawn) Palmer, and his wife Barbara. He was predeceased by his eternal companion Elaine. Jerald leaves a posterity of six grandchildren: Chelsee Clements, Tanner Clements, Jordyn Clements, Dustin Palmer, Brandon Palmer and Colton Palmer. Dad was born in Kanab, Utah on September 7, 1934. He served in the U.S. Army for three years before fulfilling a two year LDS mission to the Great Lakes. He was a teacher and Guidance Counsellor at the Raymond High School for 31 years. He was a multi-sport athlete, including being a golden gloves boxing champion. He was one of the founding fathers of Raymond football. He coached football, basketball, and refereed for many years and was known to many as ‘Coach’. He served faithfully in many capacities for his church and a highlight for him was being a temple worker. Words will never express the void his passing will bring. As a family we would like to express our utmost gratitude to the Doctors and Staff at the Raymond Health Centre. Friends may meet the family on Sunday, February 15, 2015 from 7:00 to 8:30 p.m. at the LDS Raymond Stake Centre, or prior to the funeral service on Monday from 10:00 to 10:45 a.m. The Funeral Service will be held on Monday, February 16, 2015 at 11:00 a.m. at The Church of Jesus Christ of Latter-day Saints, RAYMOND STAKE CENTRE, 2 North, 200 West, Raymond, with Bishop Noel Smith officiating. Interment to follow in the Temple Hill Cemetery, Raymond. In lieu of flowers, memorial donations may be made to the Raymond High School, Box 240, Raymond, AB T0K 2S0.