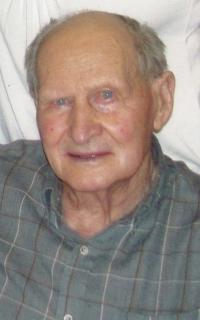 1926 ~ 2015
We are sad to announce the peaceful passing of our father Jake Dogterom on Wednesday, February 18, 2015 at the age of 88 years. Jake is survived by his daughters Coral (Bill) East, Jan (Jim) Kuhn, Nancy Dogterom; son Dave (Donna) Dogterom; seven grandchildren; one great- granddaughter; sister Muriel Zasadny; sisters-in-law Fran Dogterom, Thelma Coutts and Pat (Les) Bull; as well as numerous nieces, nephews and their families. Jake was born in Lethbridge on July 26, 1926 and was one of 7 children. He grew up on the farm east of Lethbridge and brought his wife Irma there in 1950 where they raised their family. Dad worked the farm with his dad Jacob and his brother Ray. In 1988 he and Irma bought a house in Lethbridge but Jake continued to commute to the farm. Jake also golfed, curled and was an active member of the Probus Club. He and Irma square danced for many years and had an enormous circle of friends. They enjoyed traveling and Jake was especially thankful to visit Schoonhoven, Holland where his father was born. Eventually they had to leave their house and make a home in Black Rock Terrace. In spring 2014 Jake was embraced by the caring staff of Legacy Lodge and Home Care. We wish to thank everyone for the exceptional attention he received there. Family and friends were always most important to Jake and he will be greatly missed. A Memorial Service will be held at 2:00 pm on Monday, February 23, 2015 at the MARTIN BROTHERS RIVERVIEW CHAPEL, 610-4 Street South, Lethbridge, Reverend Eva Stanley, officiating. In lieu of flowers, memorial donations may be made to the Alzheimer Society Lethbridge Chapter, #402, 740 — 4 Ave South, Lethbridge, AB T1J 0N9 or to the Heart and Stroke Foundation of Alberta, Box 2211, Lethbridge, AB T1J 4K7. Send condolences at www.mbfunerals.com.