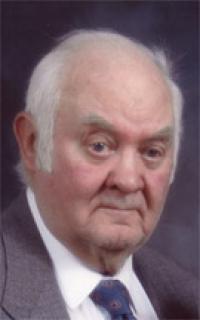 February 20, 1928 – February 20, 2015
David Burge Glen passed away in Pincher Creek, AB., on his 87th birthday. He was born in Edmonton, the oldest of four sons born to David and Louise Glen. David grew up on the family homestead near Lodgepole, AB. He graduated from Lakeland College in Vermilion, AB., with a degree in agriculture and then operated Glen Contractors Ltd. with his father and brothers. The company worked in road and well site construction within the Pembina and Kaybob oilfields near Pembina and Fox Creek, Alta., building some of the first roads in Alberta’s then-burgeoning oil patch. David married Eleanor Joan Webb in 1955. In 1961, the family moved to a ranch north of Pincher Creek, Alta., and one year later purchased another ranch north of Lundbreck, Alta., where David and Joan raised their four girls. Industrious and inventive, David raised both cattle and crops, and was an early adopter of continental cattle breeds in Alberta, particularly Simmental. He was also among the first in the region to embrace air-seeding technology when it was still in its infancy. A jack of all trades, David spent many years expanding the historic 1907 ranch house after chopping the trees and cutting the lumber on a sawmill he built himself. He could build and fix almost anything, often with materials he had saved \”just in case.\” In the 1980s he and his youngest brother, Don, established Glen Gravel and Transit Mix near Lundbreck, with David as president. In later years he also tried his hand at gold mining in southern British Columbia and then established and operated a successful woodworking business called Glen Ranch Barnwood Originals. David loved nature and the great outdoors, and also loved sharing his knowledge and enthusiasm for ranching, farming and fun with his wife and daughters. He was an active member of the community, and was a member of Chinook Spitzie Masonic Lodge No. 6, a member of the Al Azhar Shrine Temple and past president of the Lethbridge branch, a long-time member and past president of the Cowley Lions Club and a member and past worthy patron of Castleview Chapter No. 21, Order of the Eastern Star. David served nine years with the Livingstone Gas Co-op and as director on the board of Summerview Feeders in the 1970s. He assisted during the formation of the Timber Trails 4-H Beef Club and was a member of the Willow Valley Trophy Club. He was at one time active in both the provincial and federal Progressive Conservative parties and was a member of Foothills United Church in Cowley, Alta. David is predeceased by his parents, David and Louise, by his brothers Bob and Don, and by his grandson, Curtis Dodd. Left to mourn his passing is Joan, his loving wife for 59 years, and his daughters Heather (Norman) Dodd, Laurie, Barbara (David Schritt) and Tracy (Eric Kreutz). He will also be sadly missed by his brother Bill (Bonnie) and grandchildren Jamie Dodd, Melissa, Dan, Stephanie and Travis Graham, by his three great-grandchildren Jayden, Brandon and Tyler Hayward, and by numerous nieces and nephews. A service to celebrate David’s life will be held at 2:00 P.M. on Thursday, February 26, 2015 at the PINCHER CREEK UNITED CHURCH, 972 Police Ave, with Reverend Brent Woodard, Officiating. Memorial Donations may be made in David’s memory to the Cowley Lions Club P.O. Box 53, Cowley, AB T0K 0P0, or the S.T.A.R.S Foundation, Box 570, 1441 Aviation Park NE Calgary, AB T2E 8M7