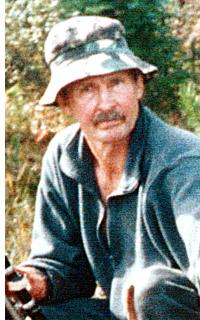 James Allen Gaehring of Lethbridge passed away peacefully at St. Michael’s Health Centre on March 1, 2015 at the age of 76 years. James was born in Faith, Alberta on October 12, 1938 to Albert and Mary Gaehring. He was the youngest of four children and was raised on farms in the Foremost and Turin areas. In his adult years, James worked at National Salvage and Vazari Steel before operating his own business, \”Jim’s Concrete and Fencing\” for over forty years. Jimmy was happiest in the Porcupine Hills where he enjoyed hunting, fishing and being in the outdoors with his friends and family. James is survived by three sons, Darren, Bill (Maureen) and Terry (Cindy) all of Lethbridge; Grand-children, Tyson and Jack Gaehring and Jared Gaehring, all of Lethbridge, one brother, Norman Gaehring of Calgary as well as his sons’ mother, Karren Gaehring of Rimbey and sister-in-law Pat Cook of Airdrie. He was predeceased by his parents Albert and Mary Gaehring, sister Lorraine and brother Donald. A celebration of Jim’s life will take place in the fall in the Porcupine Hills. Donations may be made to a charity of one’s choice. The family would like to thank the staff at Chinook Regional Hospital and St. Michael’s Palliative Care and Dr. Mona Cassis for all their care for James. \”The beer clouds have rolled in for the final time boys so have a cheers and think of Jimmy.\”