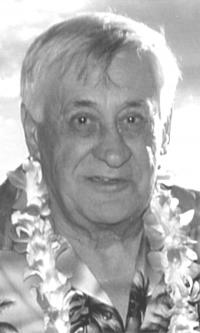 1938 — 2015
It is with heartfelt sadness we announce the passing of our husband, best friend, father, grandfather and great grandfather Donald \”Don\” Hipfner. He passed away peacefully with family by his side at the Chinook Regional Hospital on Saturday, February 28, 2015 after a short battle with cancer. Don was born in Mankota Saskatchewan in 1938 and came to Alberta as a young boy. Throughout his life he worked various aspects of construction. He enjoyed curling, camping, fishing, wood working, a good card game and being with family and friends. He married Fay Anderson in 1959 and resided in Lethbridge until moving to Beaver Mines in 1979. In 1999, Don settled in Pincher Creek until his passing. Don will be lovingly remembered by his wife of 56 years, Fay; two daughters Lana (Pat) Firth of Coaldale, Debbie (Alan) Nelson of Pincher Creek; three grandchildren, Chris Shaw of Calgary, Catherine (Ryan) Mason of Lethbridge and Jessie Nelson of Pincher Creek; three great grandchildren Reece, Jayden and Taya Mason; two sisters Lorraine Gooler and Fran (Harvey) Oudot, his brother Henry (Doreen) Hipfner as well as numerous nieces, nephews and other family members. Don was predeceased by his parents Tony and Susan Hipfner as well as his brother Stan Hipfner. A Graveside Service will be held in the spring. Arrangements will be announced when completed. Memorial donations in Don’s name may be made directly to a charity of one’s choice.

One Condolence for “HIPFNER Donald”