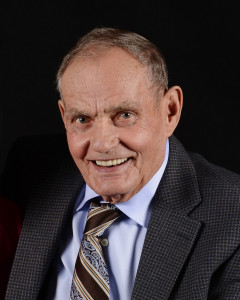 It is with great sorrow that we announce Robert’s passing on Thursday, March 26, 2015 in Cranbrook, BC at 75 years of age. Robert was born on May 30, 1939 in Lethbridge, AB and spent the last 34 years living in Cranbrook. He enjoyed being outdoors in the East Kootenay in all of the seasons. He loved camping, waterskiing, fishing, hunting, snowmobiling and gardening. Robert was a licensed heavy duty mechanic, truck driver and self-taught body man and painter. He made good use of his dream garage – although it got too small for all his projects! There was very little he could not repair or build. Retirement allowed him and his wife to travel to many different parts of the world. His priority in life always remained constant – his family, particularly his beloved granddaughters. Robert is survived by his wife Sue of 51 years, his son Michael (Lori), his daughter Michelle (Phil) and his granddaughters Amanda, Megan and Ashley. Also, left to mourn his passing, are his sister Ruth (Howard), numerous nieces, nephews, relatives and friends. Robert was predeceased by his parents Walter and Annie and his brother Melvin. A celebration of life for Robert will be held on Monday, April 6, 2015 at McPherson Funeral Home in Cranbrook at 2:00 pm. In lieu of flowers, those wishing to make a memorial donation in Robert’s honour may do so to the: Stars Foundation, 1441 – Aviation Park NE, Box 570, Calgary, Alberta, T2E 8M7 or the: Heart & Stroke Foundation of BC & Yukon, Okanagan/Kootenays Area Office, #4, 1551 – Sutherland Avenue, Kelowna, British Columbia, V1Y 9M9. Arrangements entrusted to McPherson Funeral Service. Condolences for the family can be offered at: www.mcphersonfh.com