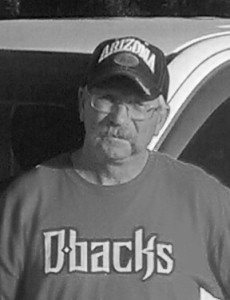 Mr. Larry Veres of Coaldale, beloved husband of Mrs. Elaine Veres (Wilkinson), passed away suddenly on April 5, 2015 at the age of 64 years.

Larry was born on February 10, 1951 in Lethbridge, Alberta at the Galt Hospital. He grew up in Coalhurst, living with his family on his grandfather’s farm. During his younger years, Larry was involved with Little League Baseball and Diesel Raiders Broomball. He continued to enjoy sports, playing senior men’s slow pitch.

Larry was an active outdoorsman, enjoying hunting, fishing, camping, “wannabe farming” and golfing. He was known famously as a “sand bagger”.

Larry and Elaine owned Henderson Lake Turbo for many years. Later, they returned to College Ford Lincoln where Larry worked as head mechanic and Fast Lane Manager. After leaving College Ford, Larry used his passion for golf and started working on the maintenance crew at a few different golf courses throughout Southern Alberta.

Larry was a loving father, husband and grandfather. He enjoyed watching his grandsons play hockey, baseball and soccer. He shared stories of his upbringing often, Elaine and Larry valued their time spent in Arizona with their friends. Larry led a full and active life and will be missed by his family and all his lifelong friends.

He was predeceased by his parents Joseph and Elenor (Stephenson) Veres.