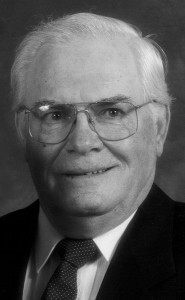 It is with deep sadness that we announce the passing of our dear husband, father and grandfather, MELVIN J. RUSTON, on Wednesday, April 8, 2015.Mel is the dear husband of Helen (married in June 1955), loving father of Rhonda (Derek), Sherry (Ward) and two beautiful grandchildren, Jessica and Billy, whom he adored.He is survived by his brothers Gerald in Toronto and Ken in Lethbridge. Also he is survived by his in-laws, Nick and Ann Lastuka, Mary Lane, Rose Beresnak and Fred Leverick as well as numerous nieces and nephews and their families.Mel was born in Rocanville, Sask. He and his family moved a few times, eventually ending up in Lethbridge. He joined the Canadian Army in 1951. A highlight in his tour was to serve as Honour Guard for Sir Winston Churchill in Ottawa and the opportunity to speak with him; he felt so honoured. After leaving the Army, he came back to Lethbridge and was employed by Lethbridge Building Supplies. Mel was predeceased by his parents Melvin and Margaret Ruston, his in-laws Fred and Annie Leverick and brother-in-law Tom Lane.A Memorial Service will be held at CORNERSTONE FUNERAL HOME, 2800 Mayor Magrath Drive South, Lethbridge, AB on Thursday, April 16, 2015 at 1:30 P.M. with Father Nathan Siray, officiating.Thank you to the staff of St. Therese Villa for their loving care provided to Mel, to Father Nathan Siray and to Cornerstone Funeral Home for their guidance and loving care of our family.In memory of Mel, donations may be made to the Parkinson’s Society 1254-3rd Avenue South, Lethbridge, AB., T1J 0J9, or to a charity of your choice.

One Condolence for “RUSTON Melvin”