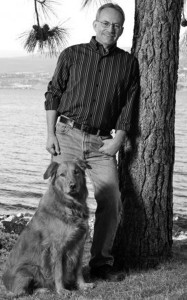 After an inspiring fight against Hodgkin’s Lymphoma, Jim Pickett, age 63, passed away peacefully on the evening of April 10, surrounded by family and loved ones.

Jim was born to Don and Dorothy Pickett on December 11, 1951 in Taber, AB. In 1989, he moved with his wife and children to Kelowna, BC, where he lived until last year. Jim was a caring, intelligent man with an incredible sense of humour. He was a committed father and extremely proud of his daughters Chelsea and Breanna, and son Jadon. He often referred to them as his greatest achievements in life.

Special thanks to extended family and many caring friends who supported Jim through his battle against cancer over the last year, including: Mike Dunne, Aaron Kolk, the Roelofs family, Dennis Smith and staff and physicians at Jack Addy and Tom Baker Cancer Centres and the Chinook Regional Hospital.

In lieu of flowers, Jim requests donations be made to the Canadian Cancer Society, 327-10 Street South, Lethbridge, Alberta T1J 2M7, or your local Food Bank.