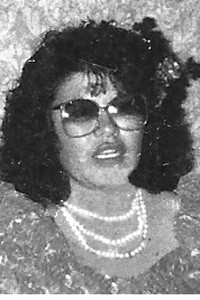 ANNETTE (WHITE MAN) MANY BEARS, beloved mother of Stevie Many Bears, Grandmother of Treigh Black Plume and lifelong friend of Gus Many Bears passed away at the age of 54 years after a long battle with illness on April 19, 2015 at Peter Lougheed Hospital, Calgary, Alberta.

One Condolence for “MANY BEARS Annette”