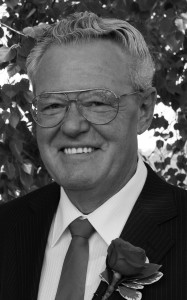 Mr. Klaas “Clarence” VanderWal passed away unexpectedly in Lethbridge, on Thursday, April 23, 2015 at the age of 66.

Clarence was born on August 5, 1948 in Surhuizum, The Netherlands, to Kornelis and Joyce VanderWal. He immigrated to Canada with his family in 1952 to help work on sugar beet farms around Taber. He trained in sheet metal as a young man and worked on many projects in the Lethbridge area, he also worked as a welder and building engineer and for the last 14 years as a maintenance man for the Lethbridge Housing Authority. He was always willing to help anyone he could and be there for whoever needed him. He will always be remembered for his wonderful hugs.

He was the loving husband of Agnes, the wonderful father to Catherine (Ian Nolan) and Ryan (Jessie) and the very proud grandfather to Riley and Amelia VanderWal, and Brittany Nolan. He is survived by his brothers Bill (Leni) and Mike (Wendy) and sisters Grace (Frank) Navratil and Helen (Richard) Peters, and will be remembered by many brothers and sisters in law, numerous nieces and nephews, and friends.

He was predeceased by his parents and brothers Martin, Hutch and John and sister Frances VanderWal Gouw and several brothers and sisters in law.

Flowers are gratefully declined. Those who wish, memorial donations may be made to Heart & Stroke Foundation of Alberta, Box 2211, Lethbridge, Alberta T1J 1A3.