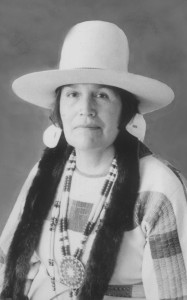 BARBARA JEAN HEALY (nee Soop), Matsowaakii (Pretty Woman) of the Blood Indian Reserve passed suddenly on Sunday, May 3rd, 2015 at the age of 84 years old. Barbara Jean, our sweet, adorable and loving mother and is survived by her loving husband and our father, Harold W. Healy.

Barbara Jean better known as Jean was born and predeceased by her parents Richard and Beth (nee Welch) Soop on June 10th, 1930. She fondly spoke of her grandfather, Rough Hair who blessed her with her Indian name, Matsowaaakii (Pretty Woman). Her paternal grandfather was Black Plume and maternal grandfather surname was Welch. She maintained close relations with all her relatives from the Bloods, Siksika, Pikuni, Amskapi-pikunii and Morley – the Black Plume, Grounds, Weasel Moccasin, Chief Body, Ackers, Welch, Shot Both Sides, Wadsworth, Under Mouse, Running Rabbit and Holloway’s from Morley and Lewis’s from Hobbema, AB.

At the age of 6 she was sent to the St. Paul’s Anglican boarding school where she resided until the age of 16. Although a lonely place at times she found comfort with her older sister Mary Pace (nee Soop) and numerous best friends the closest being Pauline Dempsey (nee Gladstone) and Irene Tailfeathers (nee Goodstriker). Jean’s very first job at the age of 15 was at the Prince of Wales hotel in Waterton Lakes Park as a greeter for visiting tourists, dressed in full traditional regalia. At the age of 16, mother looked forward to return to parent’s farm which did not come to fruition and was instead sent to work as a maid in Winnipeg, MB for a wealthy doctor and his family. During her two years in Winnipeg, she learned the skill set of fine decorum living, baking and cooking, a talent which she carried through her life and carried onto her new job in Edmonton for an additional two years. Returning home after 4 years away from the Blood Reserve she married her sweet heart Harold Healy on June 14th, 1949 and continued employment as maid/nanny with the Regan family of Cardston.

Starting out as a young family they struggled with hard times as employment was scarce on the Blood Reserve, during this era many Blood Tribe members worked off reserve for farmers and carpenters. Jean also worked for the Blood Tribe Hospital and the Cardston Westwind School Division formally known as the Willow Creek School District retiring from there after numerous years of service.

Through the years she would partake in fun sports of golfing and curling at the coaxing of her sister-in-law Edith Gladstone and niece Caen Bly. But more than anything she was a true pow-wow dancer and she loved to travel to pow-wow’s and compete throughout Indian Country in both in Canada and the United States. As far as going to Freiberg, Germany to visit her adopted family Willi & Maria Haemmerle to see the Germany Indian Council. Together they built a rich life, for better or for worse that lasted throughout their 64 years together. Both Jean & Harold joined the Calgary Stampede Indian Village in 1978 and this became a good part of their lives where their tipi will continue to be represented in her honor. During these years they served as Blackfoot and Treaty 7 Cultural Ambassadors for the Calgary Stampede, Rotary Club, Alberta and Canadian Tourism and they travelled throughout the world when they were asked. Jean, ever so elegant in poise and kindness represented the Blackfoot Nation and the country with pride and dignity.

In 1992 the Government of Canada sent Jean and Harold to England for the 40th anniversary of the Queen of England’s accession to the throne where they were presented to the Queen. Upon arrival in the UK and to their astonishment were housed in the Duke of Kent’s flat. Her earliest childhood recollection of the Royal family was in 1939 during the King George VI and Queen Elizabeth I, first official visit to Canada arriving via Medicine Hat, their Majesties were greeted by 2,000 Indians of the Blackfoot, Blood, Peigan, Stoney, and Sarcee (Tsuu T’ina) tribes. In 2005 Jean and Harold were in the procession line a second time to meet the Queen Elizabeth II at the centennial of the entry of Saskatchewan and Alberta into Confederation.

Ever the hard working wife, mother and grandmother she instilled kindness to all who came into her presence. She was easy to make friends with and made welcome to everyone who came into her home and her tipi. Jean’s traditional finery was numerous and took pride in her traditional clothing. A lesson well learned from her mother Beth Soop who was an excellent beader and keeper of our traditional ways.

The family is deeply grateful for the outpouring of love, prayers, and support in many heart-felt forms from too many people to name individually. The family gives thanks to the Cardston Regional Hospital staff, The Lee Crest Home of Cardston staff, Dr. Low and and Dr. Bester, family and friends – either through prayer and/or visits, neighbors, and even random acts of kindness through total “strangers”, including special thank you’s to Rose Marie Tailfeathers, Debbie & Celia Pace, Deanna Shade and sister and daughter in-law Karen McDougall for standing strong for the family. To nicely sum it up, in one sentence, how fondly she will be remembered: Our mother was an Angel on earth that gave comfort to all, enjoyed life and laughter that never had a bad thought towards others, but loved all that came into her presence especially the children. Jean came from a very large extended family we apologize if any families were missed as this was not intentional.

One Condolence for “HEALY Barbara”