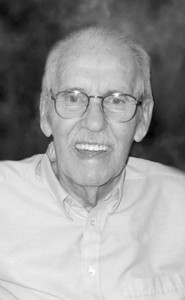 Bob had a passion for living, innovative thinking and meeting new challenges. He’s known to some as having built the first California style hot rod in Lethbridge and as an accomplished stock car racer. Beginning his career as a licensed heavy duty diesel mechanic, he pioneered most of his knowledge and experience overseas within the offshore refinement industry which allowed him (and family) to live and travel abroad. Bob was a man of many skills who loved to work and was later known as the idea guy in his handyman business that he loved. His word and reputation meant everything to him, he took pride in a job well done and in helping others.

The family is forever grateful to his dedicated physician (guardian angel) Dr. Carmen Benkoczi. Special thanks to Allison and Dr. Westhauser from the Legacy Medical Clinic.

A Private Family Graveside Service will be held.

In lieu of flowers donations can be made in dad’s honour to the Alberta Heart & Stroke Foundation, P.O. Box 2211, Lethbridge, AB, T1J 4K7, who he diligently canvassed for every year.

One Condolence for “PINKERTON Robert”