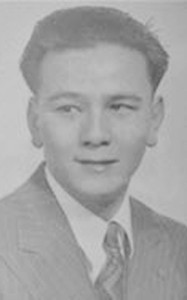 HARVEY (GAN MEN) LEE passed away peacefully at home on May 21st at the age of 94.

Harvey almost drowned 60 years ago while fishing and his brother Jack saved his life. Dad decided the next day to join the YMCA and learn how to swim. It was there he discovered a passion for weightlifting with coach Gordie Kay. Sam McGee was his racquetball friend. When Sam and dad turned 88, the YMCA honoured them with a lifetime membership. In return they posed for an ad in the LA Herald that said “you’re never too old to join”.

The only time dad skipped his weekly trip to the Y, was when his favourite team, the Toronto Blue Jays, were playing ball on TV.

A Celebration of his Life will be held on Saturday May 30 at Anton’s Lethbridge Lodge Hotel at 1:00 pm.

Flowers are gratefully declined. Those who wish, memorial donations may be made to the YMCA Strong Kids Campaign (515 Stafford Dr. S. Lethbridge AB T1J 2L3).

“Life and death are one thread, the same line viewed from different sides”