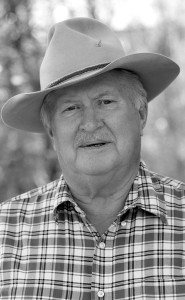 It is with heavy hearts we announce the passing of JOHN VICTOR ABREY of Coaldale, beloved husband of Janice, who passed away at St. Michael’s Health Centre, Palliative Care Unit on June 7, 2015, with his family by his side.

John was born December 13, 1937 to Victor and Olive Abrey in LeRoy Saskatchewan. Over the years, John and his family resided in LeRoy, Calgary and Worsley, with John’s final stop in Coaldale. Dad had a true passion for animals and loved the outdoors; he was blessed to have been a farmer-rancher in northern Alberta.