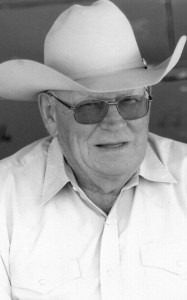 ALAN COOK HEGGIE, beloved husband and friend of Mary Court Heggie, quietly passed away after a lengthy battle with cancer on Saturday, June 20, 2015, in Raymond, Alberta.

Alan was predeceased by his parents Robert and Avilda Heggie, brother Ray Heggie and great grandchildren Shepard and Deacon Heggie

Alan was born August 5th, 1928 in Magrath, AB. He lived in Raymond where he developed a love for the town. With a strong work ethic he learned from his father Bob, he worked at many jobs throughout his life and enjoyed them all. He started working with horse and wagon and finished with trucks and computers

Mom and Dad moved from town to their acerage and loved every minute out there. He had a small dairy and worked at this with much patience along with his feed business at Hi-Way 52 Feeders.

Before they moved to the farm he took up Chariot Racing with his Dad by his side. Our family has many fun memories of following the chariots and watching dad at the reins. He was also a big supporter of his children and grandchildren, he loved watching them compete and perform at their events.

He not only helped build the community but was known as a community builder serving on many committees such as The Raymond Stampede, Raymond Agriculture Society, Raymond Curling Club, and the Raymond Irrigation District. He was awarded: 2000 Cowboy of the Century, 2003 Queen Elizabeth Golden Jubilee Medal, 2004 Lifetime of Volunteering, 2005 Alberta Centennial Medal, and just recently received an award for many years of service with SMRID. After Alan went through his first cancer treatments in Calgary, he and mom set out to obtain 10,000 signatures which was instrumental in the development of the Jack Ady Cancer Center in Lethbridge.

The family would like to thank the staff at the Lethbridge and Raymond Hospitals, Homecare and Greystokes for the wonderful care he received.

The Funeral Service will be held on Thursday, June 25, 2015 at 1:00 p.m. at The Church of Jesus Christ of Latter-day Saints, RAYMOND STAKE CENTRE, 2N 200 W, Raymond. Interment to follow in the Temple Hill Cemetery, Raymond.