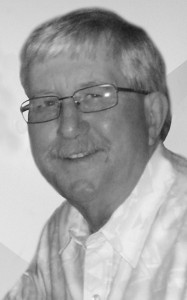 RONALD BRUCE METCALF, passed away peacefully at the Raymond Health Centre, on Saturday, July 4, 2015 at the age of 66 years.

Ron moved to Alberta in 1975 and over the years he lived and worked in various locations. He was a Bricklayer by trade but found work as a Pipefitter, Grader Operator and the last few years as a Boiler Operator and Truck Driver. Ron was a hard worker and made many friendships over the years. He moved to the farm in Del Bonita in 1999. Ron worked away a lot so some of his favourite days were spent being on the farm, hunting gophers and working in his shop, tinkering with his trucks and equipment.

Ron will be greatly missed by sons Scott (& his favorite daughter-in-law Sheila), Robert, Clinton and Ron’s spouse Diana, grandchildren Samantha, Reid, Raelynne and Sean, siblings Karen (Robert), Gordon (Elizabeth) and Barbara. He was an uncle and great uncle to many nephews and nieces.

We express our heartfelt appreciation to the staff at the Tom Baker, the Foothills Hospital and most recently, the Raymond Health Centre for their compassion while caring for Ron. At Ron’s request, no funeral service will be held.

One Condolence for “METCALF Ronald”