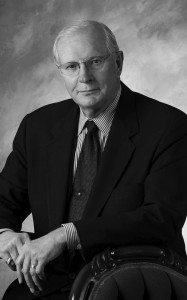 The Martin Family sadly announce the passing of their patriarch Mr. Dale A. Martin Sr., beloved husband of Mrs. Catherine L. “Kay” Martin, on Friday, July 10, 2015 at the age of 84 years.

Dale Martin Sr. set the standard for dedication – to his wife and family, to his profession and business, to his community and church. Dale was born on November 2, 1930 in Lethbridge, the youngest of three boys born to Benjamin and Elizabeth Martin. Dale was raised and educated in Lethbridge, attending Central School and Lethbridge Collegiate Institute.

Dale was predeceased by his parents Benjamin and Elizabeth Martin and two brothers Derek and Lester Martin.

He was employed at Fred King Motors Company from 1946 – 1961, starting as a gas jockey and eventually climbing the ladder to become General Manager for the last four years of employment at the dealership. This resulted in Dale’s love for cars, he collected model cars of all kinds.

Dale and his brother Derek purchased the Traditional Funeral Chapel located on 3rd Avenue South from their father and their uncle Harry in 1961. It was later demolished, and he planned and built the Martin Bros. Memorial Chapel on 13th Street North in 1968, then later built the Southern Alberta Crematorium in Mountain View Cemetery in 1981. He added his wisdom to planning the building of Martin Bros. Riverview Chapel at 610 – 4th Street South in 1992, realizing a long-time dream of returning Martin Brothers to South Lethbridge. Even after Dale was long retired from the funeral home and land development business, it was inconceivable not to tap into his vast knowledge, experience and love especially of the funeral profession.

Dale was actively involved and played a leadership role in many organizations throughout this community over the years. He was President of the Funeral Service Association of Canada, the Alberta Funeral Service Association, the Lethbridge Symphony, and was an Executive Member of the Lethbridge Chamber of Commerce. He also was on the Salvation Army Advisory Board and the Southminster United Church Board where he served as an elder for twenty-five years. Dale was also involved with the Royal Trust Advisory Board, the Rotary Club of Lethbridge, the Royal Canadian Legion, the Shriners, the Loyal Order of Moose, the Elks Club, the Masonic Lodge, the Lethbridge Country Club, the Chinook Club, as well as being a Scholarship Donor to the Kiwanis Music Festival. In 1994, Dale was the honouree of the University of Lethbridge Faculty of Management Scholarship dinner.

Dale was known for his unmistakable stature, his great humility, vibrant sense of humour, praise of others, and his belief in going the extra mile. He will be missed.

For those who wish, memorial donations may be made to the Lethbridge Community Foundation, 404 8th St S, Lethbridge, AB, T1J 2J7, http://cflsa.ca/

One Condolence for “MARTIN SR Dale”