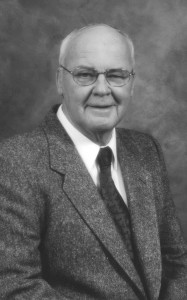 It is with great sadness and warm memories that the family of Bill Kelly announces his passing on August 5, 2015, at the age of 76. He is survived by his wife Inez, and children Michael (Jonnie), Joanne (Dave McGarva), Patrick (Bing), grandchildren Erin, Ben and Tim Kelly, Liam and Sian McGarva and Eva Kelly and Mandy Hong. He is also survived by his sister Mary (Joe) Schandor. Bill was predeceased by his parents, Herman and Kathleen (Gardiner) Kelly, his brother Bryant, sister Clara and infant sisters Betty Ann and Barbara Ann Kelly and more recently his sister Kathleen. Bill was born in Loggieville, New Brunswick. He attended Loggieville School and St Thomas College.

Bill followed his sweetheart, Inez to Lethbridge where she was working at St. Michael’s Hospital. They went back to Loggieville where they were married in August of 1962, after which Bill and Inez returned to Lethbridge.

In May of 1963 Bill began a long standing relationship with the Sisters of St Martha, whom he greatly admired and loved working with at St. Michael’s Hospital. He was the Director of Purchasing and later the Director of Materiel Management for many years. He always enjoyed his work and valued the people he worked with even more. He was a Charter Member of the Alberta Hospital Purchaser’s Association and was the President of the Southern Alberta Irish Society. He was member of the Knights of Columbus Council 5726. Bill spent 15 years on the Board of the Picture Butte Golf and Winter Club.

Bill was a very outgoing and social person, he was described as being a people person who cared very much for others, was generous and kind. He enjoyed golf, hockey and fast ball.

He cherished the times spent with his grandchildren, whom he loved dearly. He will be sadly missed and lovingly remembered.

Our family would like to thank everyone who was a part of Bill’s life, especially family and friends for their support. We extend a very special thank you to the doctors and health care providers, especially Dr. Wong and the staff of the Dialysis Unit.

A Funeral Mass will be celebrated at 11:00AM, on Tuesday, August 11, 2015, at OUR LADY OF THE ASSUMPTION CATHOLIC CHURCH, with Father Lucas Drapal celebrant. Interment will follow in the St. Andrew’s Cemetery, Loggieville, NB, at a later date.