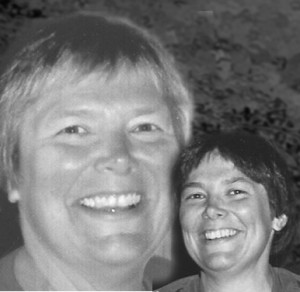 On July 13, 2015, Sandra Maria Lamb passed away at Legacy Lodge in Lethbridge at the age of 64 years. She is survived by her mother Eila in Lethbridge; sister Louise (Norman), brother Ross (Laurie) and her nephew and 3 nieces (all in Winnipeg); and her cousins in BC and New York. Sandra was predeceased by her father Charles (1962) and her sister Kathy (1974).

Born in Alert Bay, BC, Sandra lived for 10 years in Nimpkish, a logging camp where her father taught in a one-room school. The family moved to Surrey, BC in 1961 and remained on the lower mainland until moving to Manitoba in 1971, where Sandra attended the University of Manitoba, earning a B.Sc. in zoology and a degree in dentistry.

In 1982, Sandra moved to Alberta to practice dentistry as a civilian employee with the Canadian military. She was much liked for her professional skill, her comradeship and her sense of humour (she was awarded the honorary title “Dr. Lambo” and relished wearing fatigues and providing emergency dental services during training maneuvers). After leaving the military, Sandra trained in acupuncture and Traditional Chinese medicine with Dr. Steven Aung and went to China for further training. She also became a Buddhist. She was always grateful to Dr. Aung for his professional mentorship and spiritual guidance.

After working some time in Alberta, Sandra developed several auto- immune disorders which compelled her early retirement. In 2005 she and her mother moved to a lovely property outside Lethbridge. There, Sandra enjoyed serene coulee views, her beloved pets and the abundant wildlife. In 2014, Sandra’s deteriorating health forced her to enter Legacy Lodge in Lethbridge. She resided there until her death.

Sandra was dedicated to addressing the needs of others. She had an especially soft heart for children and animals and was a great favourite of her nieces and nephew. Sandra also took every opportunity to appreciate the beauty and spiritual power of nature.

Special thanks to Dr. A. McPherson and Dr. Erwin Li for their skilled and compassionate care. Thanks also to the staff at Sandra’s cottage at Legacy Lodge and to the staff of Paradigm Home Health.

If desired, donations can be made in Sandra’s honour to: the Alberta Birds of Prey Foundation in Coaldale, Lethbridge People for Animal Welfare (PAW) or the Lethbridge and District Humane Society.

A celebration of Sandra’s life will be held at Evergreen Funeral Chapel in Lethbridge at 1 pm on Monday August 24, 2015 with a reception immediately thereafter.