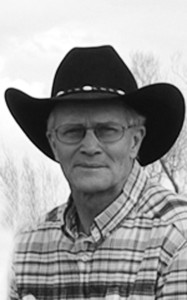 Mr. Larry Grant Nelson of Magrath, beloved husband of Allyn Nelson, passed away on August 11, 2015 at the age of 63 years.

Larry was a humble man of his word who accomplished many great things. He was an avid fisherman, hunter and cowboy but his greatest love of all was his family.

In lieu of flowers, memorial donations may be made in honor of Larry to the Jack Addy Cancer Centre 1A129, 960 – 19th Street South, Lethbridge, AB, T1J 1W5, or to the Raymond Auxiliary to Health Care Facilities (Box 599, Raymond, AB T0K 2S0)

One Condolence for “NELSON Larry”