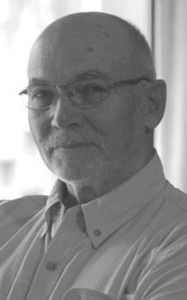 Edwin was born in Coaldale on September 3, 1942. He grew up on the family farm near Legend, where he developed a love of nature and a connection to the prairie land. After he graduated from Foremost High School, he attended and graduated from the SAIT where he studied land surveying. He took his newly learned skills to the Yukon, where he had many adventures while surveying remote northern locations. Always up for a new experience, he took a trip with several friends in the late 1960s where he drove a VW van from Canada to the tip of South America and back. It was on this trip, on a beach in Guatemala, where he met Karen, the woman who would later become his wife of 40 years. After their marriage, they moved to the Kiffiak homestead to begin farming full time. It was here that he raised his family and established Foremost Seeds Ltd. He was a loyal and deeply loving husband and father. He was a very gentle and sensitive man, concerned for the needs and burdens of others, and had a particular gift in reaching out to those who were hurting or lonely. His faith in God was central in every aspect of his life and his love for his LORD and saviour, Jesus Christ, was the well from which sprang his generous spirit, forgiving soul, and his love for his family and community. It was after the death of his wife, Karen, that Edwin met another beautiful lady named Gale Woodward. After a short courtship, they were married in January 2015, and their love for one another, and joy at having found it, was evident to all who knew them. Gale brought the light back into his eyes and their brief time together was permeated with peace, caring, love, laughter, and adventure.

A Memorial Service will be held at 11:00 am on Monday, August 31, 2015 at the FOREMOST COMMUNITY HALL, 802 – 1st Ave W, Foremost, AB. A private interment will be held prior to the service at the Foremost Cemetery.