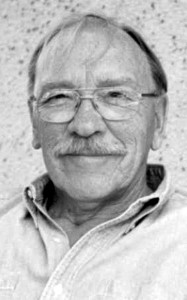 It is with great sadness we announce the passing of GILBERT H. (GIB) ALLEN on September 4, 2015 at the age of 86 years. Gib was a loving husband, father and grandfather and he will be missed by everyone whose life he touched. Left to cherish his memory are his wife, Adria, his children; Barry (Jeanne) Allen of Hamilton, Ontario, Julie (Igor) Shaskin of Lethbridge, and Janet Turner of Calgary, and his beloved grandchildren, Andrew and Evan Shaskin and Troy and Kristen Turner. He also leaves behind his siblings, Joseph (Mary Lou) Allen, Leora Giles, NaDean (Alton) Buttars and Ruth Robertson, sister-in-laws Carol Lee Allen and Faye Allen, and brother-in-law Reid Mack Mitchell, all living in the United States.

Dad was born August 23, 1929 on the family farm in Cove, Utah. It was there, growing up with his eight brothers and sisters, that he learned the value of hard work and the importance of family. Dad loved to share stories of the antics he and his two closest brothers got up to and to recall all the happy times he had growing up in a large family. Dad was a fine athlete and enjoyed playing high school football and basketball. After graduation he enlisted in the US army and spent three years overseas in Japan and Korea during the Korean War. When he returned home, he went to Utah State University on the G.I. Bill and graduated with a bachelor’s degree in Animal Husbandry. Dad took a job with Swift and Company shortly thereafter. Dad met our mother, Adria née Frampton, and they married in 1956 in Washington, D.C. Their first home together was in Roy, Utah. Children came along, as did several job transfers, taking the family to Twin Falls, Idaho, Ogden, Utah, and Atkinson, Nebraska. In 1971 an opportunity arose to be the Head Livestock buyer for a state-of-the-art feedlot in Lethbridge, Alberta, Canada, and Dad seized it eagerly. It meant a promotion, and a good raise, especially back in the days when the Canadian dollar was actually worth more than the US! Little did he know that it was here he would spend the rest of his life.

Dad was a talented and creative man. He could repair anything and build anything. We are all lucky to have treasures he lovingly handcrafted for us. In his later years he and mom enjoyed their retirement together. They had a lovely home and dad kept the yard expertly manicured, including careful annual pruning of what they called their “watching tree,” planted early on and watched out the kitchen window through all the seasons and forty-plus years of their happy life in that house.

Dad was so very proud of his children and grandchildren and their accomplishments. He always made sure we knew how proud he was of us and how much he loved us. He never let any of us leave without saying he loved us. Dad was strong and gentle, tender and kind. He was a hard working, loyal man with a wonderful sense of humor. A fine example of a Man, a Husband, a Father and a Grandfather. We love you, Papa, and miss you to the bottom of our hearts!

We would like to express our thanks and gratitude to the caregivers at the Legacy Lodge who made Dad’s stay there a happy one. Thank you for showing him the dignity and love he deserved and for understanding his desire to maintain his independence. Thank you to Dr. Ikuta, Dr. Malpica and the nurses on 4B of the Lethbridge Regional Hospital for your care, compassion and empathy.

In keeping with dad’s wishes, no funeral will be held. In lieu of flowers, donations may be made in memoriam to the Alzheimer Society of Alberta and Northwest Territories, 402, 740-4 Avenue S. Lethbridge, AB. T1K 0N9