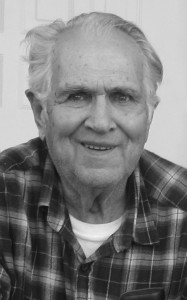 On Monday, September 28, 2015, the Lord took into His eternal glory John W. Leffers, beloved husband of Jane, and loving father of Howard and Irene (Nadia), Cornelius and Jennifer (Sophia, Darek, Kylie, Travis, Evan), and Sylvia and Mike Hofsink (Brendan, Rebecca, Emily, Jared), at the age of 81.

John was born in Vroomshoop, the Netherlands, on October 1, 1933. He came to Canada with his family in 1951, and farmed in Barnwell, Alberta, with his father and brothers. Later, he farmed in Coaldale with his brother-in-law. John married Jane on April 2, 1969, and farmed in Iron Springs where they raised their three children. In 1989, they bought a farm in Coaldale, where his sons joined him. He retired to Coaldale, Alberta in 2002.

John was predeceased by his parents, his sister Grace; and brothers George and Klaas.

John is survived by his siblings Jake and Annetta Leffers, Maggie and Henk Hofsink, Mary and Dirk Kok, Andy and Helen Leffers, and many nieces, nephews and their families.

A Memorial Service will be held at 1:00pm, on Thursday, October 1, 2015 at the CANADIAN REFORMED CHURCH, Hwy #3, Coaldale, Alberta, with Pastor Tyler Vandergaag, officiating. A Private Family Interment will be held in the Coaldale Cemetery.