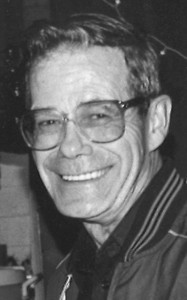 It is with heavy hearts that we announce the peaceful passing of a husband, father, brother and grandfather, Wayne Domier, on Thursday, October 22, 2015, at the Chinook Regional Hospital with his loving wife present.

Born in Lethbridge on September 15, 1937, he was the son of the late Gustav and Sophia Domeier. He spent most of his life in Lethbridge working for Coke, Purity Dairy, Palm Dairy and lastly retiring from Lethbridge Transit after 14 years.

Wayne is survived by his brothers Floyd and John; children Phyllis, Terry, Darrell, Allan, Lisa; stepchildren Janice and Sheila, as well as numerous grandchildren, nieces, nephews and their families.

Besides his parents, he was predeceased by his daughter Cheryl and grandson Scott.

A private family service will be held at a later date.