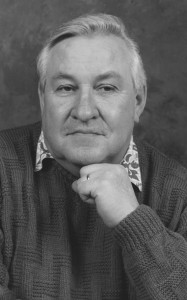 It is with immense sadness we announce the passing of Ronald Patrick Jackson on October 29, 2015 at the age of 77 years. His beloved wife Margaret predeceased him nine months earlier.

He will be forever missed and lovingly remembered by his children Ross (Marika) of Edmonton, and Julie of Lethbridge; grandchildren Alisha, Ashlee, Baylee, Jordan, Liam, Nolan and Olivia; great grandchildren Dominic and Teigan; sister Kitty Bain of Scotland; brothers Danny (Thelma) Jackson of Bancroft, ON, and Jackie (Jeanie) Jackson of Richmond, BC; sister-in-law’s Joan (Denis) Joyce of New Zealand and Eileen Ross of New Zealand; as well as numerous nieces, nephews and friends.

Ron was born 3rd son of Katherine and John in Beresford Lake, Manitoba on January 2, 1938. His younger years were spent living throughout Manitoba, and Northern Ontario. Ron had great adventures travelling the world. He met the love of his life Margaret travelling in New Zealand. They finally settled in 1971 in Coleman, AB, to raise their family. In 2001 they moved to Lethbridge, AB.

Ron was a miner, he worked in many mines throughout Canada, New Zealand and Australia. He was an expert at driving “the Terex Titan”, the world’s largest truck in its time, displayed now in Sparwood, BC.

A Funeral Service will be held at 11:30am on Saturday, November 7, 2015 at MARTIN BROTHERS RIVERVIEW CHAPEL, 610 – 4th Street South, with Maureen Condon Horon officiating.

Donations can be made in his name to the Heart and Stroke Foundation at Box 2211, Lethbridge, AB, T1J 4K7.