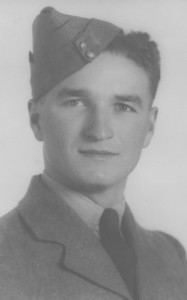 Mr. Les Androkovich Sr. of Lethbridge, beloved husband of Mrs. Isabel Androkovich, passed away on November 18, 2015 at the age of 95 years.

Les was born in Lethbridge on April 29, 1920, where he lived his first few years in town. The family then moved to a farm near Lethbridge where he and his brothers ran a dairy farm and mixed farming operation. He lived on this farm until his passing. He was a veteran of WWII, having served three years as an anti-aircraft gunner. He served on numerous boards during his farming career, including the Alberta Dairy Board. He had a lifelong love of animals, whether it was milking the dairy cows by hand during the spring storm of 1967, or sitting in his chair in his golden years talking to Daisy. His compassion for any animal shone through.

He is predeceased by his mother and father; two brothers Joseph and Andrew; son-in-law Dennis.