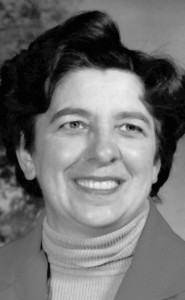 Passed away Sunday December 13, 2015 in the Grey Nuns Hospital Edmonton. ELLEN CHARLOTTE KEMP aged 86 years. Ellen was born at Blairmore on April 6th 1929 and resided in Hillcrest and Blairmore during her childhood and then in Pincher Creek for her adult life after her marriage to Harold Kemp on January 25, 1950. She was predeceased by her loving husband HAROLD SYDNEY KEMP March 24, 1997. She was also predeceased by her parents Ted and May Jones, her brother Jack Pratt, her sister May Dupilka and her sister-in-law Iris Getson. She is survived by her sister Muriel Woledge, her brother Eddie(Jenny) Jones, her two sons Jim (Beverley) and Lorne(Cynthia) and three daughters Marlene, Judy and Linda, her ten grandchildren Todd Degenstein, Dwayne Degenstein, Jessie Kemp, Christina Kemp, Sheralyn (fiance’John) Kemp, Brian Kemp, Aimee Kemp, Nathan ( fiancé Pam)Thomas, Laura Kemp-Francis, Jeremy Kemp-Francis, two step-grandchildren Justin (fiancé Liza) Fuson and Jason (Junabel) Fuson and four great grandchildren Ozzie, Jayden, Jasmine and Dariuz. She is also survived by numerous nieces and nephews from the Getson, Jones, Woledge and Pratt families. She had a beautiful voice and sang in Royal Conservatory music festivals when very young and the Anglican Church Choir in her later years. She volunteered briefly as a Girl Guide Brownie Owl Leader but was an active member of the Order of the Eastern Star #21 for many years. She waitressed in Calgary while a teenager, worked six years in the Pincher Creek Hospital kitchen and another six years as a teacher’s aide at Canyon School. She loved to read and passed on this interest as well as the belief in a better education for a good future to her children. The funeral service will be held at 2:00 P.M. on Saturday December 19th at St. John’s Anglican Church, Main Street Pincher Creek, AB with Mrs. Sylvia Faoro officiating. Interment to follow in Fairview Cemetery. In lieu of flowers friends who wish to donate please do so to the Canadian Diabetes, #204 – 2323 32 Ave. N.E. Calgary, AB T2E 6Z3 or Canadian Cancer Society 200 – 325 Manning Rd N.E., Calgary, AB T2E 9Z9.