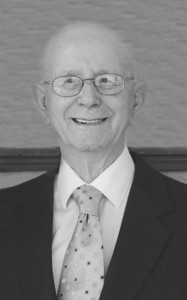 At the age of 87years, Anno Slomp went to be with his heavenly Father on December 16.

He was a compassionate man, a gentle soul; active in his church, farming and school communities, and in areas of special interest such as prison ministry.

A service celebrating his life will be held at 2:00pm on Tuesday, December 22, 2015 at the NOBLEFORD CHRISTIAN REFORMED CHURCH, 522 Highway Avenue, Nobleford.

As family, we thank many, including the staff at the Good Samaritan – West Highlands facility who cared for both mom and dad over the past few years. Also, we appreciate the medical attention provided to dad in the past two months by the staff and physicians of Unit 4b at the Chinook Regional Hospital. Lastly, we thank Martin Brothers Funeral Chapels for their services.