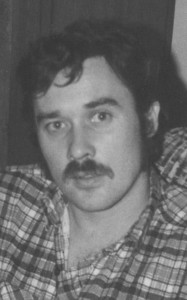 James “Jim” Osachoff Jr. of Lethbridge, passed away at Chinook Regional Hospital on December 25, 2015 at the age of 60 years.

He is survived by his son James; three sisters Vi Osachoff of Lethbridge, Gwen McCabe of Pincher Creek, and Helen (Art) Bailey of Sherwood Park, as well as numerous nieces, nephews and their families.

James was predeceased by his parents Laura and James Osachoff Sr. and sister Lucy GrandLouis.