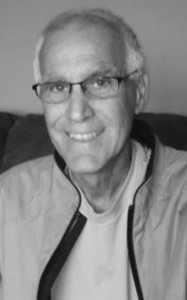 Doug Mueller, beloved husband of Rosemary (Rosey) of Warner, Father to Kurtis (Heather) of Lethbridge, and Blaine (Alanna) of Warner passed away January 3rd, 2016 at the age of 66.

Doug is also remembered by his mother, Violette; his brothers, Michael (Ardell), Leonard, Thomas (Karen). Doug was predeceased by his father, Oscar.

Doug grew up on the family farm in Warner where he and his brothers were involved in many shenanigans throughout their childhood. He attended school in Wrentham and then Warner High School. Doug left the farm to attend Lethbridge College and then the University of Calgary to obtain a Bachelor of Arts Degree. After he graduated, Doug backpacked across Europe with his lifelong friend Herb Culler; they had great adventures and made memories to last a lifetime.

Doug returned to the family farm and then met the love of his life, Rosey Kirkham. Doug and Rosey were married for 41 years; raising their two sons and enjoying many wonderful adventures together. Winters and summers were spent at the family cabin in Whitefish. Doug and his family enjoyed water-skiing and snow-skiing while in Whitefish and summer camping trips with family and friends while the boys were growing up.

Summer family vacations in Kelowna with the Kirkham clan were definitely a highlight for Doug, which included the infamous “Brothers-In-Law” golf match. Doug enjoyed the many times spent with his brother and sister-in-law’s, Barry and Irene Kirkham, Sue (deceased) and Ed Neimann, Louise and Ron Hutchinson, as well as, his many nieces and nephews. Doug and his mother-in-law Rose Kirkham shared a special bond and loved each other dearly.

Growing up, Doug was a natural athlete excelling in curling and baseball. He was always proud of the summer he attended baseball camp in Breckinridge, Colorado. He thoroughly enjoyed watching any sports and activities his sons participated in and coaching them in baseball and hockey. Sports continued to play an important role for the rest of Doug’s life. Being self-taught in early adulthood, the game of golf became his passion. Doug and his family partook in many humorous golf games throughout the years. Doug always played for the love of the game, be it a competitive round of golf with “The Boys”, or a fun round with Rosey and friends. He has been a member of the Lethbridge Country Club since 1983.

Doug’s passion in life was farming and ranching. He inherited his hard work ethic from his father, Oscar, and would never stop until the job was done. Doug was also an investing enthusiast, and learned all he could about investing in the stock markets from his uncle Lloyd. Doug and Rosey had planned to spend their retirement in La Quinta, California. They have spent the last 4 winters there golfing and making many new friends.

Doug had a gentle and kind spirit. He was a man of integrity, with an incredible sense of humour. All those who knew him well loved him.

At Doug’s request, there will be no funeral service.