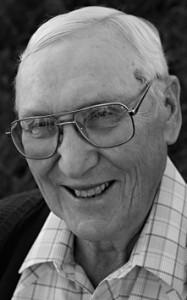 DAVID JAMES TAYLOR, beloved husband of the late Ida Longbotham Taylor, passed away unexpectedly but peacefully at his home south of Magrath on Wednesday, January 13, 2016 at the age of 81 years.

He is survived by his three daughters and one son: Edith (Neal) Miller, Karen Bevers, Derrel (Rhonda) Taylor and Shauna (Todd) Jones.

He is also survived by twelve grandchildren: Jaelynn Jones, Kaden Jones, Macey Jones, Russell Taylor, Shane Hillmer, Lyle Hillmer, Michelle Bevers, Darren Bevers, Dustin Miller, Angela Russell, Shane Miller, and Kimberley Kershaw; also by twenty-two great grandchildren and one brother Rulon Taylor of Magrath. He will also be missed by his Taylor and Manser nieces and nephews as well as the Longbotham families. He also had close ties with New Elm Colony, the Kado family & Dr. Liana Harper. He was predeceased by his parents Paul and Ruth Taylor, his sister Leila Manser, and infant brother Richard.

David was born in Raymond on August 8, 1934 at his grandmother’s house. Grew up on the farm in Magrath, where he received all his formal education. Upon graduation he attended Sait College in Calgary and enrolled in an Agriculture Mechanics course. He married Ida Longbotham on August 21, 1954. They were married for 57 years until Ida’s passing in December 2011.

David loved farming and the way of life that came with it. He was known to have the ability to fix almost anything and everything. He enjoyed working with his herd of Herford cattle, from calving in the spring to feeding through the winter months. He served the community by sitting on the Magrath Co-op & Southwest Water Co-op Boards. He was an active member of The Church of Jesus Christ of Latter Day Saints and served in many church callings. He will be remembered for being a dedicated home teacher. Family was very important to David. Whether it was family parties or farm work like branding or cattle drives, he cherished this time with his family. David had the knack of making you feel special and will be missed by those who loved and knew him.

The Funeral Service will be held at The Church of Jesus Christ of Latter-day Saints, GARDEN PLACE CHAPEL, in Magrath, Alberta on Tuesday, January 19th, at 11:00 a.m. Interment to follow in the Magrath Cemetery.