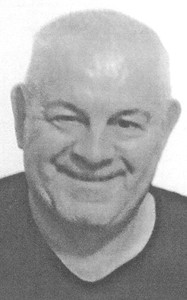 It is with sadness that we announce the death of HARRY STEPHEN BURDEN, at St. Therese Villa on Friday, January 26th, 2016 at the age of 73.

He is survived by his twin brother Larry Herbert Burden of St. Therese Villa and his sister Jacqueline Gail Haugland of Edmonton. Also surviving Harry are his step sisters Nancy, Leslie, and Sandy (Willis) as well as his step brothers Greg and Nick Willis. He was predeceased by his parents Marjorie and Harold Burden and step mother Isobel Willis Burden. Harry had just celebrated his 73rd birthday on January 17. He relocated to Lethbridge from Medicine Hat 7 years ago, where he worked for 25 years as a janitor at the Medicine Hat Mall. Harry also enjoyed sports and coached junior hockey.

A Memorial Service will be held in the chapel at ST. THERESE VILLA, 253 Southgate Boulevard South, Lethbridge, AB on Thursday, February 4, 2016 at 4:00 P.M.

Interment will be held at a later date.