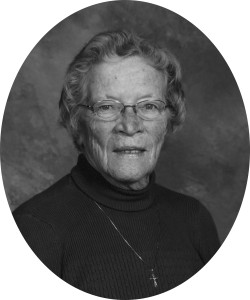 CORNELIA “CORRY” HAM, beloved wife of the late John Ham, passed away peacefully at her home in Lethbridge, AB., on Wednesday, March 9th, 2016 at the age of 85 years.

Along with her beloved husband John, Corry was predeceased by her son John, her parents, as well as seven siblings.

Corry was born on September 11, 1930 in Mydrecht, Holland. Her family immigrated to Canada in 1952. She met John and they were married in 1953 and together with a young family, lived in Kipp on a small acreage. Corry began a career in Health Care, working with seniors as a care provider until her retirement. She was an amazing seamstress and made great bread. She was a spiritual person who was dedicated to her church. Corry will be sadly missed by her family and many friends.