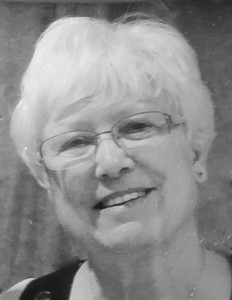 It is with heavy hearts that the family of Christine “Louise” Dunn of Coaldale, beloved wife of Howard Dunn, announce her passing on March 14, 2016 at Chinook Regional Hospital.

Louise was born on June 11, 1943 in Lethbridge, Alberta to John and Christina VanDenBroeke. Her father was with the Calgary Highlanders, so during her early years they relocated frequently, until settling in Park Lake Provincial Park where her father was the park warden.

She married Howard on April 3, 1965, and moved to Turin to begin her life on the farm. After 46 years, Louise and Howard retired to Coaldale.

Louise lived for her family and home. Her grandchildren were her pride and joy. They always knew that they could find a safe haven in their grandmother’s arms.

Special thanks to the staff of the ICU unit of the Chinook Regional Hospital for the wonderful care that Louise received.

What we have once enjoyed we can never lose; all that we love deeply, becomes a part of us.

One Condolence for “DUNN Christine”