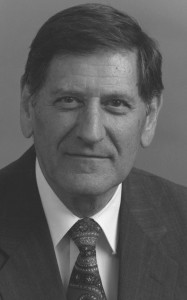 Enzo was born in Michel, BC on November 15, 1934 and was the fourth son of Peter and Elvira Piccini. His family moved shortly thereafter to Creston which became their childhood home. During this time, he developed his great love for sports, strong sense of community and most of all, his deep love and commitment to family and friends.

He met his loving wife in Creston in 1954 at a dance where he saw her playing piano. He knew right away that she was the one. They were married in Cranbrook on June 29, 1957 and soon after they settled in Lethbridge.

Enzo joined Mutual Life (Sun Life) as a life Insurance underwriter until his retirement in 2008. He was one of the hardest working and dedicated individuals, highly respected by all of his co-workers. His career also took him and his family on many trips across North America where they shared unforgettable experiences that became precious memories.

His love of sports led to many days spent at the YMCA playing racquet ball and golfing at Henderson Lake. With friends, he shared countless laughs and fun. Enzo and Verdelle also had a great appreciation for music and theatre as well as enjoyed all of their trips to Whitefish and Phoenix.

Enzo loved the Lethbridge community becoming a member of the Lions Club where he won the Melvin Jones Fellowship award, the highest form of recognition for becoming a model of exemplary service to his club and the community.

Enzo was a gentle man of few words but his charisma and positive outlook led to an overwhelming number of life-long friends that he treasured as much as his family. Their generous support shown throughout his life including the latter part, was a gift that he appreciated more than words can say.

His exemplary character was most evident though in his role as a loving and supportive husband, father and grandfather. Each member of his family and extended family held a special place in his heart and his eyes would light up every time one of them entered the room. His genuine affection, warmth, infectious laugh as well as his love for life shined thru his every action. He made each of us feel like we were #1 and could accomplish anything we wanted knowing he would be there to encourage and cheer us on. He was always there thru thick and thin – our steady and solid ROCK.

The family would like to say thank you to Dr. Benke, Dr. Shields, Dr. Leam and all of the staff at the Palliative Care facility for their kindness, dedication and compassion with Enzo.

Family and friends are invited to pay their respects between 4:00pm-5:00pm on Sunday, March 20, 2016 at MARTIN BROTHERS RIVERVIEW CHAPEL, 610 4th Street South, Lethbridge.